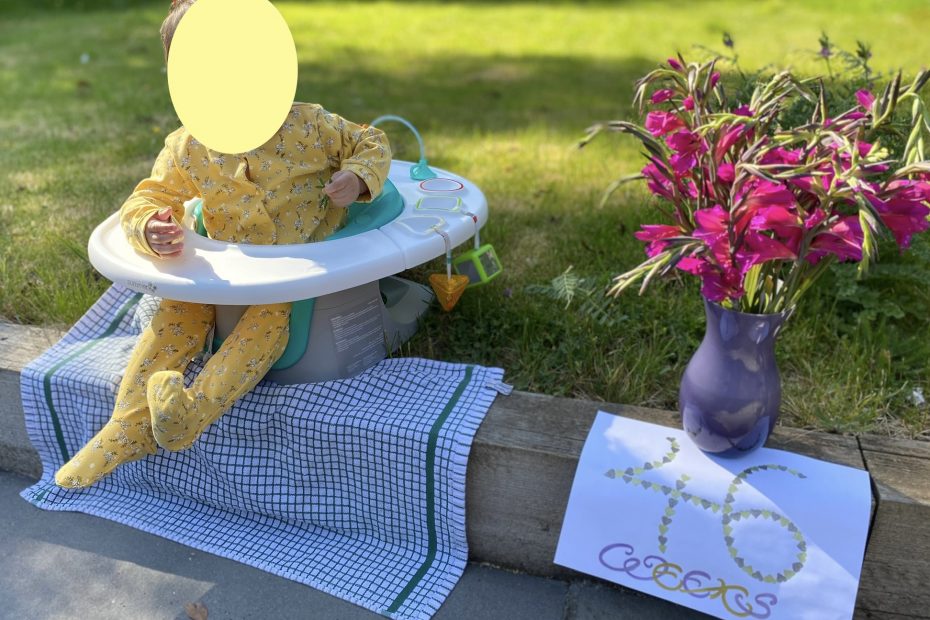 The ward was right at the other end of the floor which will be relevant once I tell you what happened next! Not long after Nurse S left, I needed the loo again and I had now resigned myself to the fact that I would be using the blasted bedpan. So, I pressed the buzzer beside me and in came Nurse S and I told her that unfortunately I needed the loo again and she said “No no, don’t be silly it’s very good that you are keeping yourself hydrated after your surgery to flush out any risk of infection!”, but I didn’t feel ‘very good’ being reliant on someone else for the loo! Anyway, she set up what needed to be done and left the extended buzzer cable next to me to press once I was ready.

I don’t know what happened but somehow, I managed to drop the buzzer cable so it was now on the floor which meant I couldn’t call her. So, there I was again, floating above the bedpan with no access to the buzzer and no nurse in sight to help me. To make matters worse she had closed the door for my privacy. I did what I had to do, then – as I was unable to move – I shouted at the top of my lungs “NURSSSSE S, NURSSSSE S!” but no-one came. I continued shouting and eventually after what seemed like 20 minutes a male nurse came along saying he thought he’d heard something but wasn’t sure so came to check! I requested if he could please ask Nurse S to come in as there was no way I was going to ask a bloke to help me. At this point I was thinking how long exactly did Nurse S think I needed to pee?! Nurse S finally came and then all was well again in my world.

To cheer me up Mr Kindness sent me photos that he had taken of Bubsell during her 46-week photoshoot using the poster that I had pre-prepared before I had left. It put a smile on my face seeing her sat in her baby seat In the garden wearing her new yellow babygrow – I missed her so so much.

After dinner I buzzed for a nurse – Nurse S had left for the day and I was in the care of the nightshift staff. A young nurse came and introduced herself as Nurse S2. I told her my predicament about not wanting to go to the loo in a bedpan as it was getting quite ridiculous having to do this and I didn’t feel comfortable with it at all. She called in another nurse and they both explored my options. They said I could be wheeled to the loo in a wheel chair but then that would involve me getting up and putting weight on my operated ankle which would not work. Or… I could sit on a commode and be wheeled to the loo – this seemed the most sensible option and is what we did. It was a bit awkward for me to get out of bed and position myself onto it but then they wheeled me to the bathroom which wasn’t the easiest thing to do but, without getting into detail, thankfully it solved the problem!

I had my dinner on my bed and watched YouTube videos of influencers I followed to keep my brain engaged. One of which was Lilly Singh who seemed to motivate me and keep me upbeat in my time of distress.

As the ward I was in overlooked the front part of the hospital with a window next to me I had more of a feel as to where I was in terms of location. I felt numb thinking that I was staying in the City: my stomping ground, close to where I worked previously but I was now incapable of dashing about like I did. I prayed that that capability came back at some point.

Night time came along and I requested a nurse to open the windows and draw the curtains as it felt so warm inside. She also closed the ward door to drown out the noise outside and after texting good night to Mr Kindness I tried my best to drift to sleep with both legs elevated in the air!

Thursday morning came round quite quickly and I awoke hearing lots of clatter outside the door. C the food lady dashed into the ward bright and early with a jug of water for my table and to take my order of lunch and dinner. After she left, I pressed the buzzer to call a nurse to go to the loo and luckily it was Nurse S back on the day shift.

To brush my teeth, she wheeled me back to my bed and on the bedtable placed a bowl of water and an empty bowl. She left me to it and when she came back I asked her the best way to ‘shower’. She suggested filling a bowl up with soapy water and giving me patient wipes to clean myself. It was ‘funny’ that whenever I had a question on how to do something she always had a sensible response and I told her this. She replied that being a nurse for nine years she’d ‘seen it all’! She brought my breakfast to my bed and I scoffed down my usual cornflakes with cold milk.

Yesterday the junior lady doctor from my consulting team had come to tell me that I was going to have a second MRI scan today to help them collect more information so I felt in a rush to get ready before 9am. This was the time that hospital activity started and as I wasn’t told what time my scan would be there was a chance that the porter would turn up randomly to take me down. I didn’t want to be escorted through the hospital with my ‘morning face’ thank you very much! As it was I had to wear my glasses as I wasn’t able to put my lenses in due to not being able to wash my hands thoroughly. I hate wearing my glasses but c’est la vie. To feel a little bit presentable I changed into a fresh t-shirt and leggings on the bed and dabbed a little makeup on my face…

At 11am the porter arrived to collect me. As I was bed ridden they decided to take me down in the lift in my bed – my second go at being moved about like this! Outside the MRI room the technicians transferred me onto the MRI scan friendly board by swinging me onto it via the bedsheet. The feeling of being transferred like this gave me another ‘what has my life become’ feeling. Like last time, I was in the MRI scan for a very long time and after what seemed like hours, I was told that they had all the images they needed. They called the porter and together with the technicians I was transferred back onto my bed via the bedsheet and taken back to the ward.

Thursday was a non-eventful day and I just ‘pottered about’ (figuratively speaking) in my bed, flicking from one entertainment thing to another. Humble The Poet’s book kept me going with his golden nuggets of wisdom about life.

My brother messaged me to ask how I was getting on and I sent him a picture of my foot to show him my current state. He seemed to take it all lightly and I scolded him saying that I felt he wasn’t really understanding the depth of my situation and how worried I was. He replied that I had to laugh about it, it would all be fine soon enough, worth the time away and to make the most of that time away. He was 100% convinced that the specialist team would solve my issues and that it had been bad up to now but my karma was paying off. Then as per his usual self he cut the conversation short! His positivity, albeit brief with his conviction that I would get better, gave me strength.

As it was a calm sunny Thursday evening and the windows of the ward were open with the curtains fluttering allowing light to beam through. I heard the ‘8pm NHS clap’ outside with the cheering and although I obviously couldn’t run to the window to see, I could hear that there was a great atmosphere outside. I shared this with Mr Kindness and he made a joke that as I had NHS nurses all around me, I should round them all up and clap them there!

You will remember that there was a real sense of hero-ship about the NHS during this time, the height of the pandemic, with public figures praising them and all the clapping. I had overheard one of the nurses saying to a colleague that if they showed their NHS badge to one of the large companies in Central London they received a free meal and random free gifts donated by large corporations such as nail varnishes, hair scrunchies and key rings. I don’t really know why I was keenly eavesdropping on their conversation but I guess it felt good listening in to daily conversation that wasn’t about my health issues.