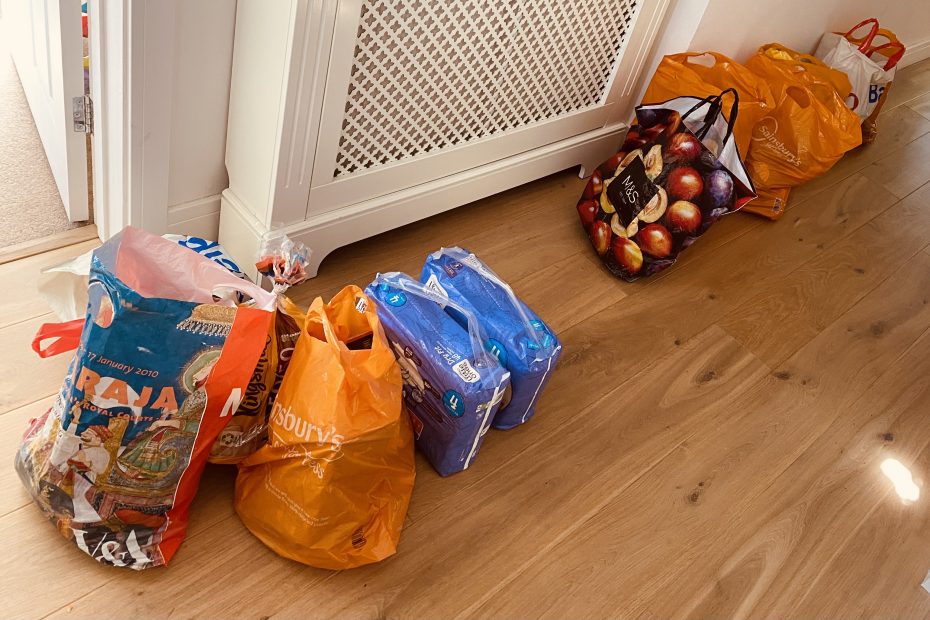 I was due to have a face-to-face appointment with Eccentric-Neuro but because of lockdown turned into a telephone call. During the call they confirmed that the EMG (electrical test) showed that my condition has worsened. They said that they thought that Awkward-Neuro’s possible conclusion of vasculitis might be right. I had googled and found it meant inflammation of the blood vessels. It was a very sombre conversation. They said that until I had the nerve biopsy, they couldn’t confirm that this was the condition but the treatment for it would be intense immunosuppressants that they give to cancer patients (what?!) which would be administered at a hospital.

They said that during the pandemic it was not at all safe for someone to be receiving immunosuppressants. This could mean that my treatment would have to be delayed. I asked about side effects of the medication and they said that the main one could be infertility – which really shook me. I hadn’t decided if I wanted to have a sibling for Bubsell but I didn’t want that distant possible dream to be snatched away. They asked who had been going out and doing the shopping in our household. I had literally just done our two-weekly food shop the day before, using the lovely crutch that I had been awarded(!), but said nothing. They said to make sure that I stayed away from people as much as possible as I was weaning off the steroids and they were immunosuppressants so I was in a high-risk category. This completely threw me as I had no idea of this and my brain went into overdrive thinking – “oh my god … this person came very close to me in the vegetable aisle yesterday and that other person in the biscuit aisle!”. Mr Kindness assured me that the risk was very low of me catching anything but going forward he would do the food shop. The call ended with the conclusion that I would get a nerve biopsy.

Life after that become mundane as I was effectively locked in my home, like most people I guess, but unlike most people I was immobile due to my injury so I couldn’t go out for the daily constitutional exercise or do Joe Wick’s workout at home! I hobbled around the house with my ankle brace on and my crutch – which made carrying Bubsell impossible so Mr Kindness had to be on hand most of the time.

I also spent a lot of time in the sitting room with my foot elevated with an ice pack on to reduce the swelling. During this time the best way to spend time with Bubsell was for Mr Kindness to put her on my lap and she wiggled about whilst I gave her big cuddles and kisses to give her all my love. I felt so useless that I wasn’t able to carry her around the house – walking up and downstairs was a big no-go and I couldn’t even play with her on the floor as putting my ankle in that position hurt so badly.

Weaning off the steroids made my hands feel like they were even more on FIRE. The pain was just unbearable and I did everything I could to distract myself and not break down. I have tried to blank out a lot of that time in my mind as it was such a horrible period for me but I recall the things I can remember.

As I felt the pain as soon as I woke up I realised that sleep was an obliviating time so Mr Kindness, being as supportive as he is, said that I should sleep in until at least 10.30am to give me that maximum time and he would look after Bubsell. He was continuing to work and support his clients which meant he burned the candle at both ends, supporting me and looking after Bubsell during the day and completing his client work at night. Truth be told he looked shattered and I felt really guilty and told him this but he brushed away my guilt saying that he was fine and getting me through this stage was what mattered most.

I used to also head to bed at random times during the day to cope with the pain and I can remember watching things on Netflix on my mobile while lying down as a distraction – ‘Sweet Magnolias’, ‘Workin’ Moms’ and ‘Girl Boss’ come to mind. After watching an episode or two I’d fall asleep, wake up disorientated at a random time, and have a late lunch or dinner. Bless Mr Kindness for having to deal with me doing this as I had no idea where our baby was with her schedule of feeding/napping/pooping during the day.

I also started the project of scrapbooking the first year of Bubsell’s life with a week-by-week view and this also helped as a really good distraction to feel that I was doing something productive to capture those precious memories. When I had an inkling that lockdown was on the cards I asked Mr Kindness to drive me to Hobbycraft and I hobbled in with my crutch and ankle brace to stock up on all things scrapbook – what else was I going to do with my time in lockdown?! As a side note, I remember as we weren’t given much guidance from the government aside from constantly “wash your hands” I’d asked Mr Kindness to stay in the car with Bubsell and, before I got in the car, to pass me the hand sanitiser through the open window! How basic we were back then! Masks??

Showering was absolute agony to my hands but despite this I did so everyday as the thought of not being clean on top of everything else was unimaginable! I used to head to the bathroom once Mr Kindness took over with Bubsell and sit on top of the closed toilet seat trying to push myself with the pain to get into the shower. Once I got out the shower I dried myself and got dressed as quickly as I could and felt the pain in my swollen ankle before I put on the ankle brace. I felt like such a wreck ☹.

One afternoon I attempted to go on a walk with Mr Kindness and Bubsell around the block just to get out of the house but this proved difficult as my ankle just did not feel like it was healing so we headed back.

It was strange as I hadn’t really noticed that due to being on steroids my body had swelled up in size and I had developed the ‘steroid moon face’ but looking back at pictures I looked humungous! In one pic my eyes look like they had sunk back in their sockets (yes, so very attractive!). As we were in lockdown, I had regular video calls with my best friends and during the calls I saw my reflection in three pairs of eyes and saw a fat me staring back but they assured me that I looked fine and that my weight was not my focus as I was not well.

One of my friends suggested that I should drink dandelion tea to help flush out the fluid retention. It tasted so disgusting but I was game for anything that would help shift any of the ‘fake weight’! As a result I spent a lot of time going to the loo and concluded that I hated dandelion tea and would never drink it again.

In the meantime, I also arranged an appointment with an ankle specialist as I was concerned that my left ankle was getting stiff. Their only advice was that they expected this to be the case and not to do anything strenuous, keep resting, oh and buy a different type of ankle brace as this one was causing bruising.

I also had ad hoc calls with Eccentric-Neuro. They always started by asking me how I was – to which I’d reply “how do you think I am?!”. There would then be random chit chat about something or another – how Covid-19 was affecting the NHS, how it was impacting the economy, blah blah blah, then abruptly get back to the point, and then finish the call saying how busy they were despite spending all that time talking about nothing! One of the calls was about how they had finally found a surgeon neurologist to perform my nerve biopsy. They had called five other neurologists to find someone and one recommended someone who I will call ‘Mr N’ (Mr because he was a consultant – at the time I had no idea that consultants weren’t called ‘Dr’ because they are a step above!). My neurologist said that I would hear back from them.

After what seemed like an eternity I finally received a call from Mr N’s secretary. She explained that they would require me to have everything done from the start, which included an initial consultation, another EMG test and MRI test, a follow up consultation and then the nerve biopsy. I asked her why I needed to get all that done when it was already a given that I needed a nerve biopsy, as confirmed by two other specialist neurologists based on all the tests already done? She said that Mr N never performed a procedure until they’d fully done their own investigations! I was gobsmacked and felt really upset as I was totally powerless in the whole situation. After the call ended I rushed to tell Mr Kindness as the nightmare seemed to go on and on: I’d have to wait again for all this blasted testing to be done while the pain continued. Mr Kindness got angry and said there had to be another way.

The next day, Eccentric-Neuro called me to say that they had handed over my care to another neurologist (‘Knowledgeable-Neuro’) as they were now going to be on the front line treating Covid-19 patients in the ICU. They assured me that Knowledgeable-Neuro was highly reputable and very caring.

I now waited to hear from them…