My care is handed over… 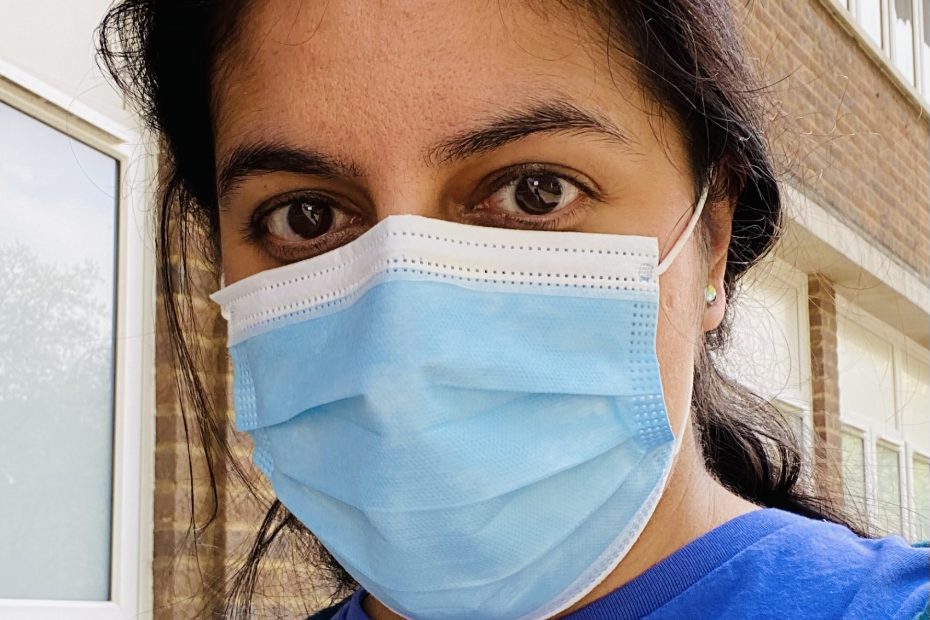 I was called by Knowledgeable-Neuro’s secretary to arrange an initial appointment. They set it up for them to call me late afternoon on a date in early April and Mr Kindness cleared his schedule at that time to attend too. We were tense about Bubsell napping. If she didn’t she would make lots of noise and require attention so we tried to adjust the nap time to fit! When the time arrived my husband and I sat at our dining table with my phone in the middle. We waited for it to ring. We waited. And waited. Unfortunately they were running very late but when they finally called, luckily Bubsell was still napping.

They asked me to start from the beginning: to explain how I got to where I was with my condition. At one point I got emotional when talking about how painful my hands were and how it was impacting me being able to look after Bubsell. They were so reassuring and had such a calm and structured approach. They told me that they were based at a hospital in the city which I knew was THE place for neurology (it was the place my doctor friend had talked about) and explained that they worked in tight-knit team. When talking about my condition their initial thought was that it might be a vitamin B12 issue but would arrange for me to be seen at the hospital by their colleague as they were actually shielding due to covid-19! After that they would arrange tests. What they asked for from me was to ask my GP to write a note to transfer my care to them.

I was on it as soon as the call ended and called my GP practice. They faffed about sending this, via their secretary, but we finally got there in the end – the mind boggles at how many calls and how much admin the ‘patient’ who is ill has to do to get things moving on track!

The next few days was the Easter bank holiday weekend and I was now down to 5mg of steroids per day. I am starting to sound like a broken record but I had the most excruciating pain in my hands. It was unbearable and I kept crying in misery. It upset me thinking what a contrast this bank holiday was compared to the previous year when we’d visited my friend in Birmingham. She had laid out a banquet of goodies: brownies, cookies, chocolate… doughnuts (deeelish!) and I just ate away as I was so happy and excited with the prospect of welcoming Bubsell.

The following week I had a call from Knowledgeable-Neuro’s colleague’s secretary to book an appointment with them for later that week. The email came through with their name and my husband and I googled it and found they were also a big name in neurology. We were so impressed with their accomplishments! Mr Kindness said with them, who we shall call Big-Name Neuro, and Knowledgeable-Neuro I was in really good hands and he was really positive that they would get the bottom of all this.

We headed for my appointment at the hospital later that week and I was really apprehensive about being out in public due to the pandemic, especially going into a hospital! The drive, during what would have been rush hour, was so easy as there was no traffic because of lockdown. We whizzed into the city and arrived in half the normal time.

Mr Kindness dropped me outside and I had to check in at reception where the kind lady offered me a mask (the very first one I’d ever worn!) and chaperoned me to the waiting area. I saw that the seats were spread really far apart and it all looked really clinical and sanitised – even more than you would expect at a hospital. A nurse checked my temperature using a manual thermometer which I had to place in my mouth. Again I felt nervous doing that in a public setting due to the horrific news about the pandemic and I so didn’t want to get infected, but I just had to go with it.

I was called in to see Big-Name Neuro and they were wearing all the PPE which had been recently introduced. It was a really strange experience as they were fully masked up and I wasn’t used to not seeing someone’s face. I also felt really intimidated knowing the background of Big-Name Neuro but they seemed down to earth and made me feel at ease. They also spoke really quickly in their accent and at times I found it hard to follow due to the mask as there were no visual clues!  They quizzed me about my condition like a policeman asking questions to a witness. “Tell me at exactly what time did you start to feel the burning – how did it feel – does it feel the same now – on a scale of 1-10 what is the pain like – is it the same the whole day – when exactly did you lose the sensation in your legs – what did that feel like – is it the same now?”. It felt like the questions went on for a really long time. They scribbled down everything I said and would go back to points that weren’t clear to them, almost asking me to repeat everything from the beginning. I told them that I was concerned about my left ankle not healing and how the GP had said that I could develop Charcot arthritis so they called a neuro physio to check me out.

Then came the physical test and like Eccentric-Neuro they asked me to do a whole host of things to see how my nerves responded. There were new things added: I was asked to push them away – pull them to me – move my ankles from left to right and I found great difficulty in doing this with my left ankle. They did the pin prick test: pricking a pin into my legs to see where I could feel up to and it was just below my knees. At this point the neuro physio arrived and was able to see how I walked which was with a limp. They recommended how to massage the swelling in the ankle and exercises to help address the calf weakness that had developed. They also gave me ankle braces to help me walk much better by helping my feet lift off the floor.

Once the physical testing was done Big-Name Neuro talked me through the initial results. They said that, unbeknown to me, they had seen me walking earlier into the waiting area and had noticed a weakness in my walk. After examining me they could confirm that I had developed a ‘foot drop’ on my left foot. This meant I couldn’t normally pick it up off the floor by myself hence the limp! I also had a slight foot drop developing on my right foot. Their concern was that as the EMG (electrical test) had shown that I had got worse since August 2019, they were going to commit to start ‘investigations’ for a diagnosis in the next four weeks despite the Covid-19 constraints on hospitals.

I told them about the pain that I had been in due to the steroid reduction and they advised I top up my pain relief medication by taking an extra dose in the afternoon – I was hoping for some other magic remedy but alas! They made sure that I was aware that this was just pain medication and was not going to cure me. This was all a lot to take in as it was all new and until now I had just tried to keep remembering what Eccentric-Neuro had said: they were confident that I would get better. I was asked to complete a urine sample and a host of blood tests before I left.

Afterwards Mr Kindness picked me up. He had had to drive all the way home with Bubsell as the lockdown meant there was nowhere for them to go while I was in the hospital, so it was a mission of a day for him driving nearly five hours in total!

A week later I had a call with Knowledgeable-Neuro following on from the face-to-face appointment with Big-Name Neuro. They told me that almost all the blood tests had come back as ‘normal’ but my bloods were showing vitamin B6 was off the charts! They asked if I knew why this was. I told them that I was still on the vitamin B supplements prescribed by Eccentric-Neuro and they told me to stop these right away as an excess of vitamin B could be contributing to the burning hands (like whaaat?)!