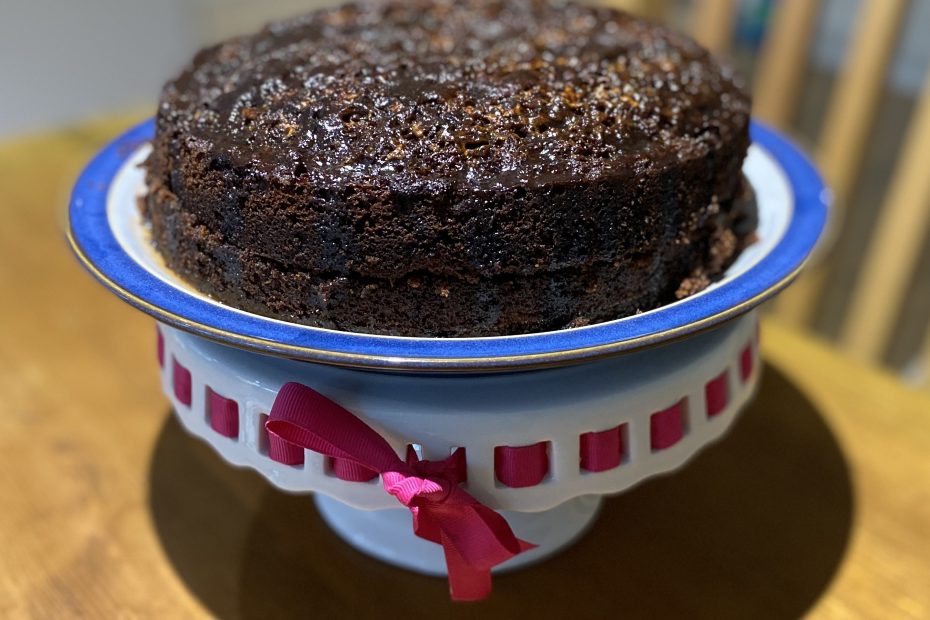 Eccentric-Neuro considered my dry left eye could be down to a neurological condition called Sjogren’s syndrome. They prescribed me with a very high dose of steroids called Prednisolone (40mg every morning). Before prescribing the medication they warned me and Mr Kindness of the side effects: they could cause extreme hunger so that I would feel hungry enough to eat my own shoe! Also, they could trigger depression and for Mr Kindness to watch out for signs of this. Lastly, they could cause bad indigestion to which I thought nothing could compare to the indigestion I had when I was heavily pregnant guzzling Gaviscon like water!

I eagerly started the medication and took eight 5mg tablets which had a horrid chalky bitter taste. I didn’t notice anything change for the first few weeks but then the excessive hunger started to kick in. I just felt like eating anything and everything (maybe not my shoe!) ALL the time but it was much worse in the evenings after I had dinner and we settled down to watch TV. To curb this I started drinking hot water with ginger which seemed to do the trick – I even suggested this to Eccentric-Neuro who seemed intrigued and said they would try this for themselves as it might help them with their weight-loss! I suffered from the horrible indigestion and started taking glugs of Gaviscon (oh it took me back – but, on the bright side, at least I didn’t have a huge belly to contend with!).

I didn’t suffer from depression as a result of the medication but I did have intense mood swings of which unfortunately Mr Kindness bore the brunt. One time, one of his friends came to visit to meet Bubsell and they were both going out for lunch. We agreed that I would go for a walk into town with our daughter and potentially meet them at a local coffee shop. They both set off walking into town but when I got ready to leave, I realised that he had forgotten to take the pram out of his car boot which was parked in our driveway but locked and we have no duplicate key! Unless I carried Bubsell the whole way – obviously impossible – I was unable to go anywhere! I called his mobile several times but he didn’t pick up so I decided to call the restaurant they were at and they passed the message to him. When he did call back, I let rip! Bless him he came running back all the way from town with the car keys so I could get to the pram. He also had to rather embarrassingly explain to his friend my situation and why I had flipped like that.

After taking the steroids for a few weeks I was advised to take an Alendronic acid tablet as the steroids could give me brittle bones if I was on a high dose for a long time. Eccentric-Neuro was very strict with their instruction: I had to take the tablet first thing in the morning, on the same day each week, with a tall glass of water, and I was not to eat anything for about half an hour after that. But here was the really weird thing: I was not to lie down after taking the tablet. I’d never had such a bizarre instruction on taking any other medication in my life! I decided to take the tablet every Sunday morning at 8.30am. I’d head downstairs in my sleepy state with one eye open, take the tablet and guzzle down a tall glass of water. I’d then potter about for half an hour folding up the clothes washing and putting pots and pans away.

A few more weeks down the line I started noticing my hands stabilise and didn’t feel the burning pain as intense as I used to during the day. They did however feel rough like leather. They weren’t actually rough, as I proved by rubbing them on my thighs, it was just my nerves playing tricks on me!

There was no change with my legs and feet but I did notice something strange happen on my left foot. Every so often I started to trip over it and the muscles beneath my toes felt quite squidgy (really bizarre). I had started personal training sessions at my local Pilates centre (to help shift my post baby weight!) but when doing certain exercises on the Pilates reformer machine I couldn’t position my foot in a certain way and it would slip. My super-helpful personal trainer would place a mat to help me avoid slipping. I didn’t think much of it but noted it down to tell Eccentric-Neuro. When I did, they said that of course I would trip over my feet as I had no sensation so I wouldn’t be able to work out where they would land – so that was that!

More weeks went by and during one appointment Eccentric-Neuro said that they were not worried about me and they were very confident that I would be 100% better, but unfortunately they couldn’t say when. This gave me and Mr Kindness huge positivity that YES one day this nightmare would go away.

Life continued and I tried look past everything to make the most of each day with Bubsell. She had her first Diwali and I went all out to keep up the traditions that my parents had done when we were growing up. I cleaned the house top to bottom with the help of Mr Kindness. I put up colourful decorations around the house, we put solar lights outside to add sparkle, I made a rangoli in the back garden and my brother came over in his role as Bubsell’s uncle and lit fireworks to dazzle her. I baked my famous cookies as tradition of making a sweet dish and I lit up the kitchen with lots and lots of candles. I took an Instagram-worthy picture of Bubsell in her best outfit to make the scrapbook. In the evening we went to my parent’s and my mum cooked amazing food and they showered their granddaughter with love and gifts.

The first Christmas with Bubsell was magical too. We decorated the house with tinsel as she loves shiny things. Mr Kindness put the tree up and decorated it with our baubles including the new one we bought for her decorated with the first letter of her name. I obviously took a fab shot of Bubsell with her bauble for the scrapbook! On Christmas morning we opened our presents and the first for her was my favourite book as a child called ‘The Queens Knickers’! She kindly went down for a nap at the right time for Mr Kindness and me to enjoy Christmas lunch and the Queen’s speech – I watch every year following my late grandmother’s tradition. After dark we took Bubsell for our traditional walk to the high street to see the big illuminated Christmas tree. We ended the day eating Indian snacks, bizarrely the tradition in Mr Kindness’ family!

At my first appointment in the new year with Eccentric-Neuro, after we had discussed at great length their holiday overseas, I told them that they blooming well needed to start worrying about me again! I said that I had continued taking the steroids thinking that they were doing me good, but the burning in my hands had increased in intensity! It was at this point that they gave me two options: go for a second opinion or have a steroid blast. The latter would be a week of having an extremely high dose of steroids which would be a last resort to ‘jolt’ my nerves back into action. Oh and a third option: go on a chemo-like medication – which they seemed quite unclear about but did say that a lasting effect of this could be potential infertility! I was to go away and think about it.

At home we discussed at great length what to do and weighed up the options. We agreed that the steroid blast would be the better option as I had nothing to lose as I’d already been on steroids for a long time.

I started taking 500mg of a steroid in the middle week of February 2020 for five days. The medication was really intense and made me feel totally zoned out, giving me a fuzzy brain. We agreed that Mr Kindness would take over primary care of Bubsell for this week as I just didn’t feel right in the head and something unexpected might happen. On the fourth day the unexpected happened: I felt a spasm in my left foot as I was carrying Bubsell down the stairs and I tripped down the penultimate step!