Pregnancy is not fun! 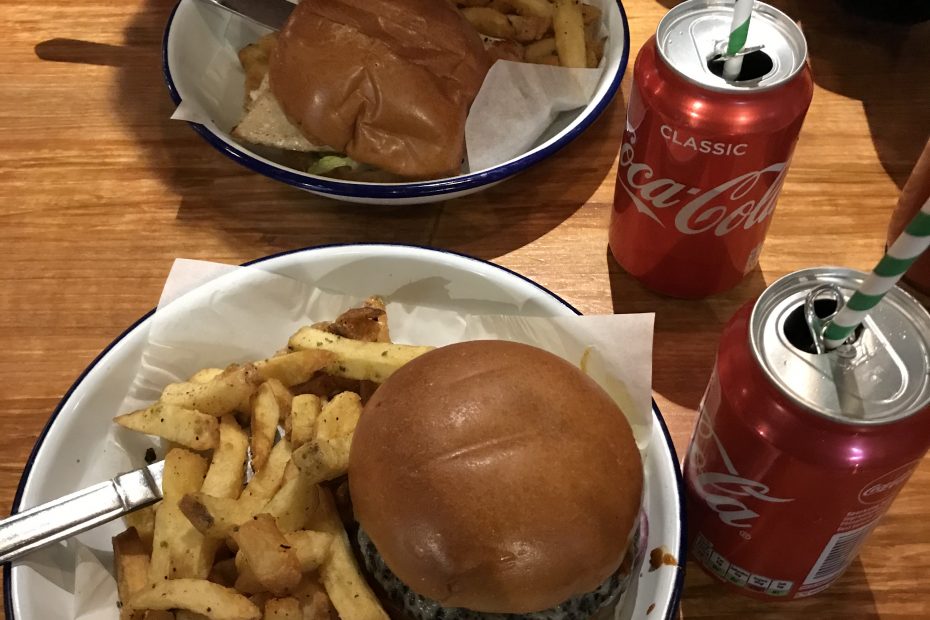 I was a few weeks ‘gone’ into the process before I realised I was pregnant – around seven weeks. The week I found out wasn’t the best. Earlier in the week was Mr Kindness’ birthday and as we headed out for a day out, I tripped and fell down the last step of the stairs. Somehow I’d damaged my left knee which swelled up to the size of a grapefruit and meant I was in agony for the rest of the day. For lunch I took him to our favourite restaurant and found all the food I usually had there tasted ‘gross’ but soon afterwards I had a massive craving for burger and fries! I had an inkling something was up and so the next day I purchased a pregnancy test. I asked Mr Kindness to wait outside Boots saying I was going in to buy pain relief so he was none the wiser. I took the test later at home and there in black and white (or black and grey) it said “Pregnant”. It was then that the official journey of Pregnancy began and let’s just say that it was not the most straightforward of journeys but had the most random unexpected twists and turns that bit me in the bum when I was least expecting…

First of all I booked an appointment with my GP. I’m not assigned one in particular so the one I saw that day was young and very friendly. He asked me to take a seat and asked why I was there. I proudly announced that I was pregnant and he looked at me with an “Ok – so what would you like me to do?” look. As I remained silent he explained that it was a midwife that I needed to see and to sign up with the midwifery service and it did not require a GP appointment. I felt like a right uninformed idiot for wasting his time, but how would I know about this without experience?! The GP was very kind and told me that his wife had found the book ‘What to expect when you’re expecting’ very useful so suggested I buy that if I could. I did and it became my go-to guide for everything and I was able to recite it in my sleep!

Now started the regular midwife appointments. You go accompanied with a urine sample (very glamorous!) which got harder and harder to do as the bump got bigger and bigger because I couldn’t actually see what I was doing!

The first midwife I saw was an eccentric. She did a home visit and after asking me and Mr Kindness to fill in a health questionnaire she bombarded me with information: details of my first scan, injections I would need to take, the next midwife appointment, pregnancy club, pre-natal swimming club, on and on so that I just stared at her with eyes wide. I needed to pop upstairs to fetch something for her and she had a brief chat with Mr Kindness saying I was really quiet and asked if I was ok. He told her that he could see that I had my ‘concentration face’ on and was just trying to take it all in as normally I was anything but quiet!

When the time came for my next appointment, I arrived at the surgery and was greeted by a different midwife who, without explanation, told me that she would be my midwife going forward! She was much more subdued than the previous one and was the one I had until my baby arrived.

Pregnancy was not at all fun for me.

The overpowering nausea and the ‘morning’ sickness which I renamed evening sickness went on until past ’20 weeks’! It used to come on rather randomly when Mr Kindness and I went out shopping or for dinner – the loo at the supermarket became familiar as I often needed to make the dash ☹.

Tiredness in the first trimester was like no other – I used to be in bed by 8pm. Surprisingly I actually managed a one-week trip to Mumbai with my brother to keep up our annual tradition of going on holiday together. This did involve my rather adventurous brother having to reschedule the whole trip when he found out my news. I might add that the plane journey was awful due to being pregnant, but for some strange reason (maybe the heat) my ‘evening sickness’ wasn’t as bad out there!

Back home, I found my food cravings became very intense. For some reason I really really fancied Pizza Hut nachos and McDonald’s cheese burgers without the meat (I’m vegetarian) with extra gherkins. It meant Mr Kindness had to do a mad dash out every evening for over a week – please don’t judge me!

At around 14 weeks we had our first scan and Mr Kindness and I were overjoyed at seeing our super active tennis-player-looking baby (with its arms and legs flinging about all over the place). I had been convinced that there would be nothing on screen despite feeling all these symptoms. The moment we heard the heartbeat we couldn’t stop grinning! We started referring to our baby as ‘Bubsell’.

The fun started a few months into the pregnancy when I started feeling Bubsell moving which felt like tiny flutters. Bubsell seemed to have a disco post dinner time for about an hour and half.

I was strictly told by the midwife – and it was all over the cover of my green baby folder (the one that had all the details of my appointments and tests) that if there was any change in the baby’s movements, I must go to the hospital. One evening the movements didn’t really happen as usual, nor the following evening. It was then I mentioned it to Mr Kindness that something felt amiss and he asked if I would like to go to the hospital. It was 9.30pm – well past my 8pm bedtime – and I was so exhausted from doing a day’s work that I suggested we go the next morning, a Saturday.

We arrived at 11.30am and when I explained to the nurse on duty why I was there, she told me off and said I should have come straightaway. I looked at Mr Kindness with dread. My heartbeat shot up and I felt so so anxious and just wanted to hear my baby’s heartbeat asap. The feeling of relief was overwhelming when I heard the ‘thump – thump – thump’ once the machine was strapped to me. One of the midwives then measured my belly in, what seemed to us, an arbitrary way: a measuring tape from the top of my belly to the top of my pelvic bone. She went away, consulted, and I was told that they thought my baby was too small and I would need to come in for an ultrasound scan on Monday morning. Luckily this ultrasound scan revealed that Bubsell was completely within the ‘normal’ range. Hmmm so much for that measuring tape technique.

The second gift I had was when I started to feel a dull ache above the right side of my rib cage. It grew worse and worse. The only way I felt better was to lie down which was totally impractical. I remember working from home on the sofa lying down with my laptop on a wooden tray and trying to type (what can I say – I am very driven!). I went to the doctors and they told me that I might have costochondritis which is inflammation of the rib cartilage and I was prescribed mild pain medication as I couldn’t have anti-inflammatories. The pain got so bad one weekend that Mr Kindness took me to the hospital to the maternity ward. I had to wait for two hours to be seen by a very harassed looking lady doctor who was in full scrubs and it looked like she had just come out from delivering a baby! She told me to continue the medication that I was on as unfortunately I could not take anything stronger.

As a follow up I had to attend an ultrasound appointment of my rib cage where the radiographer did spot checks of my key organs to ensure all were in working order – it was fascinating when they couldn’t locate one of my kidneys as Bubsell had taken over the space! They kept looking and looking without any luck! It took a few more weeks for the pain to totally fade away which gave room for even more exciting things to happen.